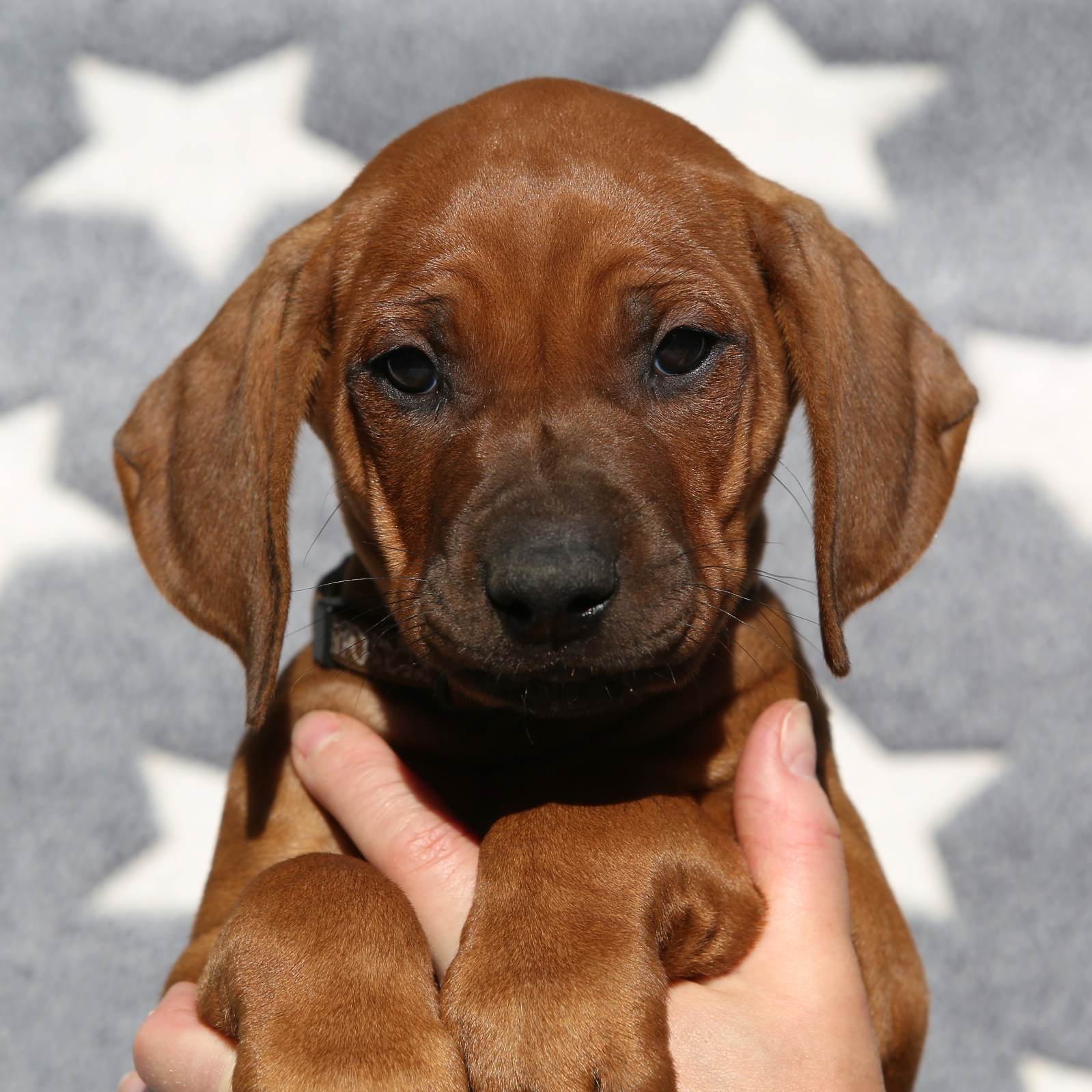 Lumottu Rhodesian RidgebacksSaturday, January 18th, 2020 at 6:53pm
Due to rather hectic times at work I have completely forgotten our show trip to Kajaani IDS. Nothing to brag about though, Iiivo EXC3 and Inke VG2. A nice day spent with friends from near and far anyway!

Lumottu Rhodesian RidgebacksSaturday, December 28th, 2019 at 6:45am
Year 2019 is coming to an end and it's time to look back for the highlights that have made us so proud.

⭐️ Our 2nd Edition litter by Elvis & Hilda was born in May. 8 little wonders, now 7 months old 💙💙💙💙💙💙❤️❤️ Of these little sweeties Mauri was kept at home and Saima placed in breeding terms.

⭐️ Iivo had a magnificent show year until the tendon injury he got while chasing pray in September, which ended his season just before the indoor shows. During the year Iivo gained multiple BOBs, 3 x CACIB, 12 x CAC and 3 x NORD CAC. He won the group VI twice and was both times placed as BIS4. In SRB open show Iivo won BOB, head and best movements! Iivo finished as #3 Show Ridgeback in Finland. A very nice achievement for this younster! In September Iivo had his debut in lure coursing and he did very well by winning the race and gaining the title HVK champion.

The best was yet to come in December, when Iivo turned 2 years and official health checks were scheduled. He passes with flying colors:
Hips: A/A
Elbows: 0/0
Spine: LTV0, SP0. VA0
Shoulders: OCD free

⭐️ Hilda made quite a comeback in the winner shows in December, and became Helsinki Winner -19 in her first show after puppies and a show break of 11 months!

⭐️ Many dogs from Lumottu have shined bright during the year, in the show ring, other activities or just by being fabulous 😍 My sincerest thanks to all owners for taking such good care of them and offering an adventurous life ☺️

What a year! Not only joy and success, but concentrating in positive things is the key to good :) Now we head humbly to the year 2020. 🥰

32 4    View on Facebook
HTML Snippets Powered By : XYZScripts.com
This site uses cookies to enhance your experience. By continuing to visit this site you agree to our use of cookies. Got it?